Earlier in the week we I posted a review of Icons, a superhero RPG.  We're taking a short break from dungeon crawling to give the players a chance to play super powered soldiers in my anime-inspired 'American Ninja Cowboys' campaign.  It takes place thousands of years after the apocalypse.  In the wake of the great fall, the barriers separating the magic and spirit realms from Earth are weakened, and humans have developed the ability to perform spirit-crafting.  The 5 Nations of future fantasy America (FFA) have each developed a super-powered police force to maintain peace between the nations and combat the threat posed by the giant, lumbering spirit monsters (kaiju) that wander the wastes between nations.  At the start of the game, the players are all citizens of Pine City and members of the Pine City Rangers, the elite fighting force that helps protect the wooded northwest.

Most of the players rolled characters randomly using the Icons random generation method; one of them was fixated on a character concept and opted for the point buy.   Here's how it went.

Tex
The group leader is Tex, an ex con-man criminal from the Earth Nation that is turning a new leaf (haha) in Pine City.  Tex has the ability to become immaterial (the Texas two-step), create clone duplicates of himself (summoning the Republic of Tex), and can increase his density to add strength and damage resistance (because everything is bigger in Texas).  Unbeknownst to Tex, shadowy forces in the Earth Nation arranged for him to be in Pine City and join the rangers - he's an unknowing sleeper agent!

Inazuma
Inazuma is one of the Five Legendary Swordsmen of the mountains.  He uses the sword lightning style, which gives him a touch of super speed and electricity control (he electrifies his swords into lightning blades) and he's a master swordsman.  He can also leap multiple city blocks with 'lightning leaps'.  This character was made by one of the kids using point-buy.

Haruki
Haruki's parents were agents for Pine City and perished on a mission, leaving her a pair of enchanted iron fans and a kabuki style mask.  She's a talented martial artist with enhanced strength, but she can form an impenetrable barrier with her fans (called something like 'Iron Tower Fan Defense') and can even reflect ranged attacks back at the attacker.  Haruki's defenses are a handful for the referee.

Trapper Keeper (TK)
TK also possesses an enchanted item, it's something like 'The Cursed Jade Mask of the Oni' or similarly named - I don't have the sheets with me.  He appears like a smallish man wearing a heavy cloak and hood with only the Oni Mask visible.  He can drain strength from opponents with the Evil Eye and manipulate their fears.  The mask grants immunity to mental attacks as well.  The player got the name when he was brainstorming… "Well, I see myself hunting and trapping dangerous occult beings, and then keeping them…"

Kid Galactus
The character's actual name is Kodama the Forest Spirit, but I've been referring to him as Kid Galactus because of his power level.  He's not of this world, an unearthly creature of the spirit world that believes it's a human and was raised by animals in the forests.  He can transform into an energy being and gains the ability to absorb magic attacks.  He flies, shoots magic energy, and also has super strength.  He's the over-powered heavy hitter of the team.

Black Russian
We don't know a lot about this character yet - he always wears his cloak and stays in the shadows.  Highly trained, he's focused on stealth skills and martial arts.  He can manipulate darkness and shadows, and is accompanied by Sergeant Ruffington, a talking, highly intelligent spirit hound that can slip between the real-world and the spirit world, and turn invisible.  Black Russian isn't very smart, but Ruffington is a genius and has a suite of super senses.

GPL
The core group is 3 adults, 3 kids; GPL's player is technically a 4th kid, but I don't think he's going to keep playing.  He's wandered off through both game sessions after about 45 minutes and then completely disappeared.  Apparently I'm just that good of a referee!  His character can control air currents, which provides a blend of air powers and telekinesis type effects.  He wears one of those anime-style 'swords too big to hold and swing' on his back, and lets his telekinesis swing it around.

Officially, the player's group name is Orca Team 6 to their commanders back in Pine City, but their unofficial name is something like the Northwest Otter Patrol.  I was really happy with how character generation went and some of the concepts created by the players; score another check mark for random generation inspiring creative concepts and backgrounds.  It took until the first game session for most of the players to land on the Qualities they wanted for their characters; I'll work those into the game reports as appropriate.

Next up, a look at how the game sessions went.
Posted by John Arendt at 8:32 AM No comments: 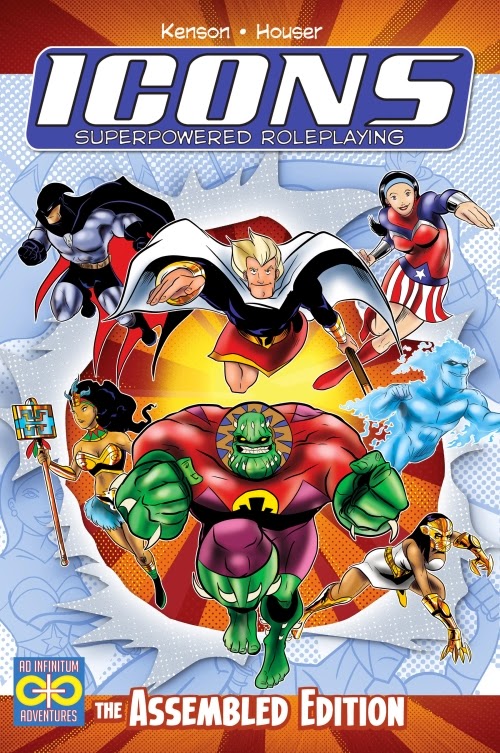