Is 5E Becoming a Cargo Cult?

Yesterday I was catching up with my blog roll, and Feedly, and some synergistic posts revealed themselves.  I came across Justin Alexander's discussion, The Decline and Fall of D&D Adventures, shortly followed by the Wandering Gamist's (final) review post of "Five Torches Deep", a rules set that tries to port "OSR styles" into 5E.  Justin's post about the Decline of Dungeons is signaling that 5E never really provided a strong tutorial on how to build or run a good dungeon adventure, and now he's seeing published attempts that wildly miss the mark on what's required in terms of information and presentation.  John at Wandering Gamist points out that as Five Torches Deep over-indexes on elements around resource management, they ignore the most important elements of an OSR style of dungeoneering - actually building a good dungeon and having strong procedures to manage dungeon exploration. 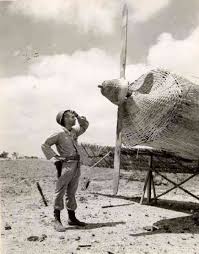 So let's get this cargo cult question out of the way.  The idea of a cargo cult goes back to World War 2; pre-industrialized people encountered modern technology when airfields were built on remote islands during the Pacific campaign.  They saw that airfields and airplanes and radio towers meant awesome stuff coming onto the island via cargo boxes.  When the armies moved on, the people built wooden mock-ups of the planes and towers hoping the good stuff in the boxes would come back some time.  I've seen the term used in the corporate world - people that go through the motion of following old processes or procedures, no one even knows why they exist any more, but we keep doing it hoping for our cargo - a box of K-rations or something.  Our office spaces are full of this mindset.
Both my blogging colleagues are touching on instances where they've encountered modern gamers attempting to follow older styles of play, but missing the mark by pursuing form over function.  Doing things without understanding them - how to actually draw and key a dungeon, and why, or how the point of planning and resource management isn't for the resource part of the game to be the primary challenge, it's to support the actual goal - dungeon exploration balancing time and resources.  In both cases you don't have a good game without high quality dungeon - plus a well made map, a good dungeon key with compelling story, and sound procedures for managing the exploration by the players.
I had no idea procedural dungeon exploration was even a gap in the 5E PHB!  There's a loose discussion about time intervals and movement, but the book never puts it all together into a coherent example for the new players.  Nor is there any sample dungeon in the DMG or an example of actual play.  Those were prominent components in those older rule books! The Tower of Zenopus, Koriszegy Keep in Moldvay BX, Bartle's dungeon in the Mentzer Red Box, even the monastery dungeon in the 1E DMG were all prominently featured to transmit how play works.  Who can forget Black Dougal's death scene?  Those actual play examples demonstrate how the Q&A interaction between the referee and players advance the game state, how a mapper or caller fits into exploration, when do you roll for wander monsters, that kind of stuff.  I had no idea any of that was missing in the Fifth.  I just carried along working procedures from the old games into 5E and kept trucking.  Upon my fresh reading, I did see that the PHB allows characters to explore in a single minute more than older editions would let the players cover in an entire turn (10 minutes).  Apparently none of my players read the PHB and caught that, either.
Why would WOTC omit sample dungeons and examples of play?  Maybe they figured 5E players are already players from older editions, or new folks would join existing groups and receive institutional knowledge from their surroundings.  Maybe they expected new players to head out to YouTube or Twitch and learn how to run a game there.  YouTube is my go-to for learning simple home repairs - repairing drywall, or fixing a leaking faucet.  Why not how to build or run a dungeon?  Possibly WOTC didn't think it's that important in the modern age - lots of people seem to have eschewed dungeons for scene-based adventures.
I would imagine everyone who checks out my blog would have started gaming before 5E, and already have a good grasp on building and running dungeons (or at least exploring them as a player) from an older edition.  (If you are that one new person who never played D&D before 5E and happens to see this place, please drop a hello in the comments - and welcome!)  But I also see evidence there are segments of newer gamers that don't understand how to finesse the site-based or dungeon exploration format.  For instance, referees either love or hate Waterdeep: Dungeon of the Mad Mage, a 23 level megadungeon for 5E.  The haters see a giant dungeon, no scenes, no overarching plots, and they're not sure what to do with it.  Hard pass - I'm moving on to the next Adventure Path.  And no wonder - neither 5E (or the adventure itself) has fully prepared them.  Dungeons, especially megadungeons, require more and different from the referee.
Anyway, while I'm waxing on old knowledge, here's one that cracked me up - I came across a group of "grognards" who started playing in the old days - you know, during 4th edition!  Or maybe 3rd.  Out here in the real world, grognard means 1970's D&D, accept no substitutes.  (Except the real grognards, the ones that painted the Napoleonic miniatures in the 60's and 70's and used sandtables for their war games, would poke some fun at we roleplayers, I'm sure).  Don't take yourself too seriously, I guess is the message.
Posted by John Arendt at 5:05 PM 16 comments:

Email ThisBlogThis!Share to TwitterShare to FacebookShare to Pinterest
Labels: Navelgazing

A Government by the Evil, for the Evil

What are some of your favorite portrayals of "evil" fantasy societies in gaming?  As I've been thinking about how I want to portray humanoids in the game world it's gotten me thinking about the role of societal alignment, government, and power.  Maybe this topic has been covered in a Dragon or one of the Dungeon Master Guides, and an astute reader can point out a reference?

For instance, I've always thought of "Lawful Evil" societies as tyrannical police states, heavily militarized, with a side of casual cruelty.  Would Imperial Rome be Lawful Evil?  How about Sparta?  How about the old Soviet Union or totalitarian states from the mid-20th century (like the Axis powers?).

What would a realm be like where the prevailing alignment of the populace is Neutral Evil or Chaotic Evil?  In real world terms, I think of Chaotic Evil "states" as zones with warlords and armed bands, with complete disregard for traditional morality or norms.  Examples include regions controlled by drug cartels or notorious warlords who ravage entire regions, a populace living in fear.  A Chaotic Evil society is one where life is cheap and guns make the rules.  How about cultures where rampage was a way of life?  If you transport real world cultures to a game universe where alignments represent eternal and absolute truths, would the Huns and Mongol societies be Evil in D&D terms?  How about the raiders during the Viking era?  "Good", as the 1st Edition DMG defines it, represents "a belief that any creature is entitled to life, relative freedom, and the prospect of happiness".  By definition then, any society modeled after a historical counterpart that countenanced slavery would seem to be evil.  There goes antiquity.

I usually like to return to OG Gary's materials to clarify this kind of stuff, but while the Greyhawk Folios identify many kingdoms where the societal alignments point towards evil, there's not a lot of color on how the societies function or what a day in the life is like for the citizenry.  Examples would include The Horned Society, Bandit Kingdoms, Iuz, or the Great Kingdom.  We get encyclopedia facts - ruler, population, and a bit of recent history, but not the texture of how the societies run.

My favorite example of an evil place is Erelhei-Cinlu, the great Drow city in the Vault of the Drow.  Module D3 depicts armed houses of competing Drow nobles jockeying for position among the families with murder, assassination, and politics all part of the repertoire.  The city of Erelhei-Cinlu itself is a dangerous place where powerful non-Drow visitors - demons, undead, archmages, and the like - mingle in the streets and markets.  There's not so much "law and order" but rather a recognition that everyone there is a predator that can handle themselves, and if you can't defend yourself, victimization is to be expected - very much the strong survive.  It's my favorite depiction of a playable Chaotic Evil city (the Forgotten Realms knock off, Menzober-I-can't-spell-it, is targeted at compelling Drizz't fiction rather than something easy to use at the table).  The Drow may be the largest example of a Chaotic Evil society... for humans it tends to be smaller groups, and transitory - the equivalent of biker gangs, pirate ships, the aforementioned warlords or cartels, but not anything at scale or which persisted.

Here's another odd factoid I learned while considering evil societies.  Orc alignment shifted through the years!  TSR D&D had Orcs as Lawful Evil, but when WOTC took over with 3rd Edition, Orcs were recast as Chaotic Evil and this has persisted into 5th Edition.  We recently re-watched the Lord of the Rings trilogy of movies, and I can see how the depiction of Orcs there could be considered Chaotic Evil... it's fear of their powerful supernatural leaders that keep the armies together, and left to their own devices, Orcs fall to in-fighting and scrabbling with each other (such as the in-fighting at Cirith Ungol or out on the plains of Rohan by the eaves of Fangorn Forest).

Anyway, this post is not meant to be a deep-dive on Orcs, per se, I'm still mulling.  I'm sure other media has done Orcs well - maybe Warhammer or World of Warcraft - perhaps as masters of warfare and the military arts, basically "evil Klingons" - time for more research.  On the main topic though, I would love to hear how readers would characterize notorious historical regimes in terms of societal alignments.  Similarly let me know if you've got examples of game settings or fictional states that presented compelling examples of interesting evil societies.  Thanks!