AD&D Rules and the Voting Public 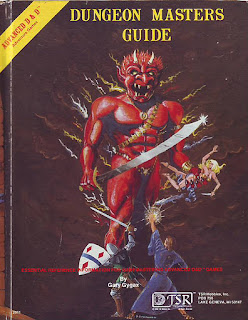 A few weeks back I had a poll running regarding many of the complexities that were added to AD&D that were left out of Holmes and Moldvay BX; one thing I've noticed in the blogosphere is there's way more energy behind OD&D and BX (or Swords & Wizardry / Labyrinth Lord) than AD&D or OSRIC.  Smarter folks have certainly pointed that out too - DIY is more inline with the simpler games, rather than AD&D's " don't do it yourself, we've added all the house rules already".

With that in mind, how did the polling public respond regarding the use of AD&D's sub systems?  124 visitors responded; the original questions were phrased "How many of the following AD&D rules do you ignore, or modify with House Rules? "  For purposes of the results, I switched the percentages around, so what we're seeing is the percentage of respondents that use the rules without changes - that's a bit easier to parse.

AD&D's premise might have been to do away with DIY, but one thing is clear; we like to change around the rules.  Here's how folks voted:

Weapon vs AC is one of those great ideas that could have been awesome if it was integrated into the system from the beginning - for instance, if the armor types were simplified (none, leather, scale, chain, etc) and if monsters were given armor types as part of their descriptions.  The vampire has AC 1 or 2, but is treated as no armor for weapon vs AC purposes - that kind of stuff.  As it is, no wonder only 20% of the folks use it when playing AD&D.  The only other surprise here to me was the 42% response for using AD&D's unarmed combat rules; it's the one combat subsystem I loathe.

Overall though, these are the types of rules you'd expect in an advanced version of the game, and I've previously argued that they add complexity to player choice, which is valuable, even if they don't work very well as a simulation.

84% of the voters use Magic Resistance; makes sense, as it gives the more dangerous monsters some teeth.  My view of spell components has changed over time, and I'd definitely use them if we go "advanced"; they're valuable as quest items and player motivation in a sandbox, and also regulate the use of certain spells (creating an unofficial rarity based on the difficulty of getting the components).

The abandonment of spell components in the player base seems to be one of those things that resulted from overuse of tournament style modules with little downtime or chance to resupply during an extended adventure - it's just easier to hand wave them away and keep the action moving.  Avoids the book-keeping too.

The AD&D alignment system is fairly well ingrained, and it makes sense 2/3rds of the folks claim to use it (though I doubt they use all of the whacky implications).  "What's that dribble coming out of your brother's mouth?  Oh crap, he's gone Chaotic Good on us and forgotten his Lawful Neutral…  I knew he shouldn't have started dating that hippy half elf from down at the bar."

Part of the fun of trying to run a by-the-book AD&D campaign would be figuring out how alignment, alignment penalties and lost experience, penance, alignment languages, and the entities of the outer planes, would interact with the world if the DM extended it to its logical conclusions.

In retrospect, it would have been interesting to split out the alignment sub rules - alignment languages, experience penalties for changing alignment, and penance for fixing your alignment.

The BX morale and reaction system is so much easier to use, this is one I usually house rule.  2/3rds of you disagree.  Its one of those things where I'd probably get used to it if I bit the bullet and forced myself to keep all those percentage factors handy.

XP for Magic Items is a key differentiator that lets AD&D characters do some power-leveling compared to their OD&D brethren; selling items for gold and XP, or claiming the items for XP, is quite a bit different.  I'd use it when playing AD&D by-the-book, but selling items for gold seems to cross over into implied-setting; not every world has magic items shops or auctions, but AD&D clearly expects some level of magic market.

I'm thinking the low adoption of training and training times goes back to the prevalence of tournament modules; I can remember many of them implying that "for this module, ignore the training rules and let folks level up during the adventure".  Great precedent, TSR, no wonder they're so heavily ignored.  I'd use them; they ensure the passage of time in the campaign, giving it sweep and gravitas and making leveling momentous, as well as function as a money drain.

29% of the folks use the psionics system?  Wow - rock on you crazy mo fo's, and watch out for those Thought Leeches and Intellect Devourers.  Body Weapon for the win.

I do tend to allow psionics when we play AD&D, but disallow them at 1st level; players get their psionics roll the first time the character has a death experience or similar trauma (raised from the dead), so if psionics show up to warp the game, it's in the mid-levels when everyone is a bit more powerful, and psionic monsters are interesting opponents.

The Monk and Demi-Human results make sense - about 30% of the folks change them up, but most use the rules as written.  However, 54% of the respondents use the AD&D bard!  That's got to be a wink wink vote - the whole conception of the bard as fighter, thief, and then bard doesn't seem practical considering the short life span of a typical campaign.  The 1E Bard is out of here.