Lazy post today - work is kicking it and I'm buried until the weekend.  Here's a sneak peek at the unkeyed maps for the first level beneath the ruined city.  The surface hex maps of the city are being revised significantly, partly for black and white printing, partly for function - they originally appeared here (black city maps and transit tunnels).  The first dungeon level beneath the ruins consists of a series of large "subway style" 20' tunnels beneath the ruins called "the transit tunnels".  The 30 x 30 maps below represent nodes along the transit tunnels where there are clusters of rooms, junctions, and small installations for exploration. 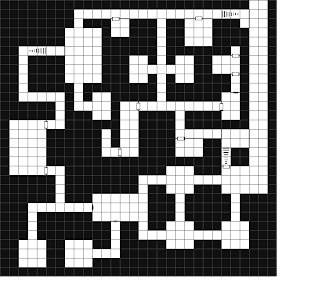 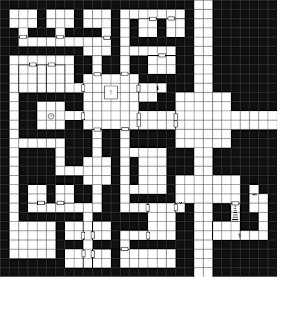 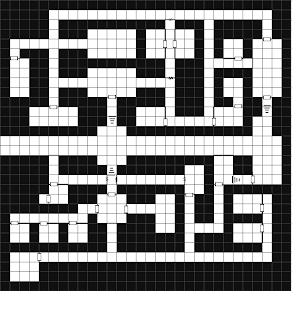 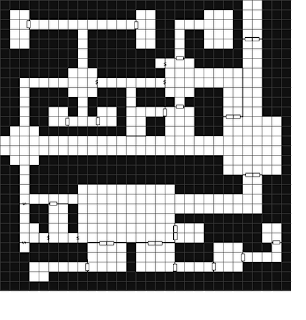 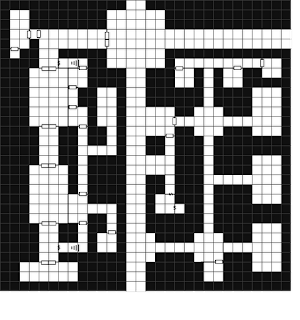 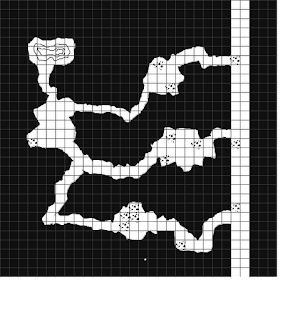 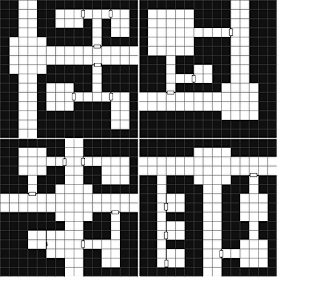