I'm a big fan of Flat Plastic Miniatures (FPM) and have been using them for a couple of years now.  I love the fact that I can store a thousand miniatures in a few small binders.

The idea behind this particular kickstarter campaign is pretty cool - it'll provide every miniature you'd need to run a published 5E adventure.  This is the first campaign, and it's for "Last Mine of Phandelver", the first adventure that appeared in the D&D Basic Set.  The main tier ($60) gets you 84 miniatures, bases, and a carrying case.  It's got 4 days to go at $29,700 and I'd love to see it hit $30k and unlock the extras.  I'm expecting this will be the first of many "hardbound support" campaigns, they've hinted next up could be Storm King's Thunder.  The link to the kickstarter is here:  Hardbound Support

Here are some pics of FPM in use last night (they've been regulars in my Chult campaign).  These are from a crypt on level tomb of the Tomb of the Nine Gods in Tomb of Annihilation: 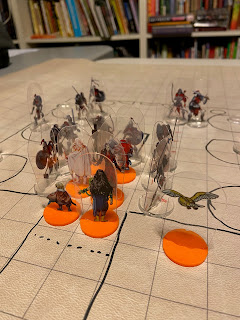 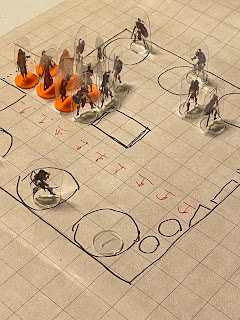 And here's a picture of one of the carrying cases (a mini "Flexxfolio" from Ultimate Guard).  They are super easy to haul around in little binders: 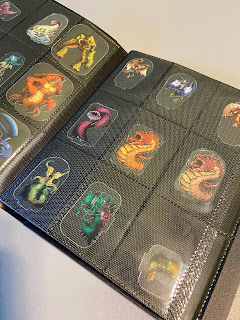