From an Alternate Universe - Meet the Anti-Beedo

Or, A Theoretical Framework for Building the Sandbox Megadungeon 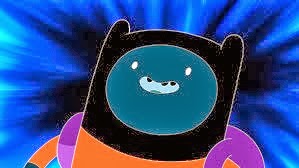 Although I've called out various projects on the blog as "megadungeons", I would submit they fall more into the camp of 'dungeons I may never finish' rather than 'dungeons so large the players may never finish them'.  It's very hard to write both briefly and evocatively, so they end up more detailed and wordy than I'd like, and my pace of development is usually just ahead of the players instead of miles ahead of them.  One snap of burnout or gamer attention deficit disorder, and BAM - we're on to something else, like Cthulhu gaming.  Then who knows if they'll ever get finished.

Let's take a look at how Harrow Home is being constructed.  I've previously stated the map is the very last thing that gets done by me.  I start with a notebook and create a written scheme for each level, identifying set pieces and major characters and encounter areas.  I spend a lot of time in meetings or traveling with my notebook, so I'm able to jot notes all the time.  The scope of the map is bound by the extent of my written notes.  The encounter ideas and set pieces are adjusted as necessary to fit the map, then I circle back and embellish any filler areas or empty spaces.

Maybe what follows isn't serious advice, but it goes something like this:  When you need to do something differently than how you're doing it, imagine how another person behaves, and then just act like the other guy.

So how would the Anti-Beedo approach a gigantic megadungeon project?  (Here's an aside about poor Beedo.  My blogger handle, Beedo, is gone.  I recently took the G+ plunge and it merged my G+ and blogger accounts.  Alas poor Beedo!  I knew him.  A fellow of infinite jest.  Now all of you are stuck with me).

Our imaginary Anti-Beedo starts with the map - the bigger the better.  I'm not terribly creative at drawing, so let's go find an appropriate random dungeon generator.  (If you know of a random generator you like, the Anti-Beedo would be grateful if you shared it in the comments).

Next up, the Anti-Beedo needs to quickly stock this monstrous thing.  I have no problem 'programming' in Excel to create a random dungeon stocker; I've frequently used the algorithms from Moldvay's Basic.  The content is another matter.

First off, you'll need a gigantic bestiary to go along with those gigantic maps.  I really liked the encounter tables from AD&D Monster Manual 2, from back in the day.  All the monsters were given ratings of Common, Uncommon, Rare, and Very Rare, and the encounter tables used bell curves assigning rarity based on a slot in the curve.  I could get behind that type of approach for structuring a large bestiary.

The esteemed Hack and Slash blog has a lot of resources for generating tricks and traps - I've used Courtney's trap generation tables plenty (check out the OSR resources area in his sidebar).  That'd be my first place to help fill out random stockers for tricks and traps.  I had heard someone was putting an index together for the 1d12 guy - The Dungeon Dozen (indeed - there is a fantastic index here).  Are there any other resources you guys like to use for tricks, traps, and specials?

You see where this is going.  Phase 1 of the Anti-Beedo's project is to draw maps - huge maps.  Anti-Beedo starts with the task I usually do dead last.  Phase 2 involves the creation of a giant bestiary, and tables for generating flavorful tricks, traps, and specials.  While I spend my time on "story" and cool encounter ideas, the Anti-Beedo mocks at such efforts this early in the process.  Randomize it up, baby.  Run your crazy dungeon stocker algorithm through dice rolls, Excel, a programming language, whatever.  Voila, you have the barebones for an instant megadungeon.  A gigantic megadungeon.

Phase 3 is actually going through the room by room descriptions and jotting in some brief notes that make sense of it all - incorporating the dungeon's back story, adding motivations or plots to the inhabitants, creating explanations for the placement of lairs, and so forth.  The stuff I usually do first, the Anti-Beedo tackles last.  And instead of jotting idle thoughts in his spare time months in advance, the Anti-Beedo saves it for game prep the week of the game.  He's all about the "just in time preparation".

Up until now, this has been a thought experiment.  Should it go any further?  Could I take one of my ideas and jam it through the Anti-Beedo's madness and see what comes out the other side?  I'm intrigued that the end result is potentially a vast, lightly detailed locale that provides a strong framework for improvisation - but allows the referee to elaborate between sessions.