So - what happened to your character while he or she was abducted by the faeries?

Fairy abduction is a common enough literary theme, but we don't use it very often in games - mainly because players hate losing control of their characters!  It's a fantastic plot device in a horror game because it underlines themes of helplessness and impotence against otherworldly powers.  In a fantasy or adventure game, time spent in the otherworld should give the character some kind of benefit to offset the inconvenience of having to play a backup character for a time. 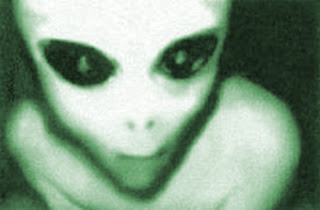 Here's a small table of "benefits" that might happen to a character who has been spirited away to the otherworld.  There are cross-cultural similarities between fairy abduction, alien abduction, carried off by spirits (kami), or snatched by one of the gods, so replace the word "fey" with the other dimensional being of your choice.  Some modern UFOlogists even use the term "ultraterrestrial" to marry these phenomena into a singular theory.

In my current campaign, one of the comely male characters was whisked off by a group of Norse dark elves a few weeks ago, after the rest of the party was put to sleep.  Assuming he's returned to the world in the near future, here are the kinds of things that could happen to him after he's spent time with their dread queen:

Time Loss
The character might have been gone for only a few hours in our world, but years or decades had passed amongst the immortals of the fairy world.  Advance the category on the age track (if using an aging table), or increase intelligence or wisdom by 1 point and reduce constitution.

Fairy Marked
The character returns with a distinctive birthmark that improves reaction rolls with fey creatures by +1, and takes a similar penalty with inquisitors or enemies of the fey.  (We also see these called devil's marks or witch marks).

Abused
Many abduction stories have a sexual component.  The fey took something personal from the character - in time, a half-human offspring returns to the world, fully grown because of the time differences between the otherworld and the mortal world.  The offspring is a wicked changeling who will challenge the character's place in the world!  (Literary examples of this type of character include Valgard (The Broken Sword) or  even Mordred (Le Morte d'Arthur).

Future Sight
The character was offered a disturbing vision of an unavoidable tragedy that will befall the mortal world in the near future.

Psychic Empowerment
Time spent among the faeries unlocks a latent psychic talent, such as ESP, telepathy, clairvoyance, or postcognition.  This new ability can be used once per day.

Favored
The character won the favor of a fey noble while in the otherworld; they return with a whimsical title and a magic item appropriate to the role.  Unfortunately, they don't fully remember all that was required of them.  Future comedic interludes are assured.

Altered State
The character has been enhanced or altered in a bestial way through exposure or experimentation - increase 2 physical attributes by a point but reduce their charisma.  (If it happens in the Black City, the character is now partially troll-blooded).

Scarred
The character returns with hidden scars, chunks of missing time, and a bad attitude.  Their hatred grants them a +1 when fighting fey creatures.