I'm traveling this upcoming week, but have some reading material with me and hope to get a few reviews posted.  A reader dropped a note asking about my process for gathering ideas for Spirit Island, and since I went a bit overboard in answering, the correspondence would work fine as a blog post, too.  I've been heartened by how many OSR folks are interested in seeing more D&D style of play in an Eastern setting, so here's where I'm at with the development and what you should see posted in the near future.

For starters, I've had a bunch of 'Arthurian Mythos' themed explorations going on at the house; I had just been reading 'The Once and Future King' with my oldest kid and we watched Excalibur (redacted) so he could see different interpretations on the cycle of stories.  The younger ones were just discovering Miyazaki ('Spirited Away', and 'Princess Mononoke') and the idea struck me - why not make my next project, after The Black City, a Japan-themed setting that combines the broad themes of Arthurian myth with a heavy dose of samurai and the spirit world?

I'm really early in the process and I have a ton of reading lined up.  Royall Tyler's 'Japanese Tales' has been very entertaining, and full of short, flavorful folk tales, many featuring monsters.  I've also been reading this guy's blog, it's translations of tons of short Japanese ghost stories:  Hyakumonogatari.

I finished Osprey Press's "Warriors of Medieval Japan" to get insight on equipment, organization, and tactics used by fighting men of the period (it covered samurai, ninja, ashigara, and warrior monks - sohei).

Other RPG writers have already done a good job of compiling cultural notes and daily life - thanks all for the many excellent recommendations - so I plan on getting ideas from games like Sengoku and Bushido on cultural ideas instead of focusing on primary sources, at least for now.   I recently became aware of a game called Blood & Honor, discussed over on the Age of Ravens blog, that looks like it provides lots of tools for building samurai clans and the political structures.

My goal for the main island is to briefly describe the high level political structure of the empire, clans, leaders, armies, etc.  The northern provinces, closer to the adventuring area, would be more detailed.  The remote island of Honshu will be created as a giant hex crawl, with scattered mini dungeons across it.  Most of the D&D style adventure will be on that island, renamed Spirit Island in the campaign world, but players can engage with politics and war on the mainland as they gain levels (assuming that's even interesting to them).

As of right now, I'm planning on doing it with ACKS - ACKS is an OSR type D&D (based on the Mentzer edition of basic D&D) that adds 3E style proficiencies and good custom class building options, two things that will help players achieve a bit of mechanical differentiation between types of fighting men.  ACKS also has a domain system I'll use to define the different provinces and daimyos.  I tend to view an economic system in an RPG as useful primarily insomuch as it provides guidelines on how large should be the different armies of the various lords, as well as what the players can afford if they get their own domains.  It's only a worthwhile exercise if the DM also thinks it's fun to do a bit of bean counting! 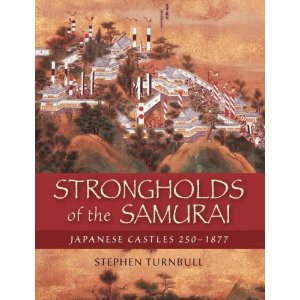 My reading syllabus includes those other RPGs, lots of folktales and Japanese horror stories, and a more detailed exploration of the construction, layout, and defense of Japanese castles and forts.  Readers have suggested lots of good anime, so my netflix queue is full for the foreseeable future.

Next up for the blog is more character class mapping and designs, and then I'll start developing hex maps based on Japan and outlining those high level provinces for the empire.  I won't actually tackle Spirit Island and the dungeons for a while - right now, ideas are just getting dropped into a brainstorming notebook as I find them.  I tend to keep a couple of long term notebooks handy, one for each campaign concept, just for jotting ill-formed ideas.  I highly recommend keeping good old fashioned notebooks on hand.  I'm currently keeping one for The Black City, the Colonial Hex Crawl idea, and the last for the Spirit Island campaign.

The Black City is on the front burner, so my priority is spending a few hours each week preparing for the next session - I try to do some writing in the early mornings. Evenings allow a bit of reading and jotting ideas in the notebook after the kids are in bed.  The Black City percolated and simmered here on the blog for nearly a year before it became the main game, so I expect to take a similarly slow development period for Spirit Island.