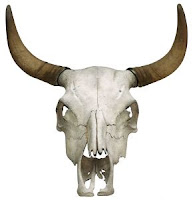 PLACEMENT
The setting is the poor Immigrant Quarter in the city during Halloween or a similar holiday in the fantasy world.  A stalwart priest has been warned to leave the quarter on Halloween night, but he's committed to staying the course.

A few ways come to mind on getting characters involved with the situation; if they have ties to the church through a PC cleric, perhaps a senior church official, worried about the priest, asks the PC to hold vigil with him on the holiday night; the Immigrant Quarter hasn't been kind to church property.  Another simple hook would be the stalwart priest himself seeks some mercenaries to help protect his little chapel.

SETTING THE SCENE
The church has always had trouble keeping the chapel of Saint Whatzit (pick a good name for your world) open in the Immigrant Quarter; last year, the chapel was burnt to the ground and the previous priest lost in the blaze.  The stalwart priest has received friendly warnings to leave on Halloween night, 'for his own good', but he insists on keeping the chapel open for the needy.

The Immigrant Quarter is festive in the afternoon before Halloween evening, including lots of appropriate harvest festival activities - let's go with an anachronistic American spirit for the day - bobbing for apples, baking contests, masks and costumes, pumpkin carving, and so on.  Some kindly folks have even decorated the chapel with corn dollies and festival decorations.

The stalwart priest will arrange to have the characters arrive before sundown, so they're in the quarter before the gates close.  The watchmen point out that it's city policy not to patrol the Immigrant Quarter after dark on this night, and the characters will be on their own.  Shortly after sundown, the streets are mostly empty and deserted, the many cottages and tenements barred against the night.

WHAT'S GOING ON
Some of the immigrants here have come from across the sea, but most are from the hinterland.  Though they outwardly converted to the Church, many persevered in their old beliefs and brought their practices with them, including the "god in the box".  This relic of the pagan faith required a harvest sacrifice to ensure a good harvest the following year; when those old time immigrants left their distant fields for the city, they dug up the god in the box and carried it with them, burying the icon beneath the cobblestones.  For a while, the annual ritual of blood sacrifice (in the form of an execution) was held at an intersection called Bloody Corners, and this ensured the hungry god in the box was sated.  Eventually those pagan practices were completely outlawed, and followers of the old faith have needed to come up with more creative ways to see that the god gets its due.  This year, the stalwart priest has been denoted as the sacrifice; the many corn dollies and other harvest decorations draped around the front of the chapel include markers for the god in the box.

As night settles on the quarter and the moon rises, the characters might hear a scream or two elsewhere in the quarter as a passerby catches glimpses of the god seeking out its due.  If the characters are in the chapel, build up the sense of impending trouble as the ground starts to shake with the footsteps of an approaching titan; there's the sound of heavy breathing like a large beast snuffling just past the door; and then the chapel starts to shake as the wall is tentatively pushed (before being smashed in next round).  It'll be even more exciting if they wait outside!

The god in the box appears like a huge four-legged skeletal beast, part armored bull and half wolverine claws and half snarling wolf, with vestigial bat wings and what appears to be the skull of a longhorn steer (for stats, something like the AD&D Bulette stats should horrify low and mid-level characters - two claws and a nasty chomp - it should also be immune to non-magic weapons and have regeneration).

The god will smash and rampage through the chapel trying to get at its intended victims.  When it smashes through walls and doors, there's a round or two where its head is stuck, giving characters a chance for some free shots (or running).  The horror theme here is DANGER - a big unstoppable monster is trying to eat you, so how do you put ground and obstacles between you and the monster?  A good tactical map of both the chapel and Immigrant Quarter would be useful for staging a chase.  The rest of the city is gated off, but characters could consider climbing the walls.  They might flee into the sewers, or try and reach the harbor and escape on the water.  Once the characters have been marked, the god in the box is an infallible tracker and will follow them throughout the night, continually smashing buildings to get at them, but it can't pursue outside the Immigrant Quarter.

To provide some vicarious horror, the DM could ensure the stalwart priest had some zero level men on hand to help watch the chapel as well; this gives the DM plenty of folks to munch first while working its way toward the PC's.  Crunching a zero level guy for 50 damage is where it's at - show the PCs what's coming!  Remember, you don’t have to outrun the god, just the hired help.

RESOLUTIONS
It's suggested that characters hear about the plot hook such that they meet the stalwart priest just before sundown - enough time to hear the spooky history of the chapel, get second thoughts about spending the night, but not enough time to do deeper research until the day after.  It may not work out that way, and its fine if the players are better prepared.  It's possible suspicious players will suspect there's something wonky with the festival decorations, and redirect them elsewhere before sundown - if thrown out, perhaps an innocent person trash picks them on the way home.  That's fine, too, let the god in the box rampage elsewhere - as long as it's loud and violent, it'll still be fun!

If the characters try and gather information, one place might be the old grizzled captain of the guard, who remembers "Bloody Corners", the place where people that followed the old faith were known to conduct a stoning or similar executions.  Those folks were cleaned out many years ago, arrested, and the church converted everyone in the quarter to the true faith, but it still seems that every year, something bad would happen near Bloody Corners around Halloween time.  After a riot some years back, now the guard just vacates on Halloween.  Some years it's vandalism, or street violence, or arson like the chapel burning last year.  One way or another, the god is fed on Halloween.

There are other sources of information to check into besides the watchmen; the characters could "convince" one of the older immigrants to talk about the pagan practices - "My mother learned from her mother and this is passed on mother to daughter, blah blah blah" about the darker reason for the festivities.  Searching church records in the church's headquarters (the diocese) will reveal how many priests have been killed serving in the quarter.

A daytime search of Bloody Corners might not reveal anything obvious, but detection spells like Detect Evil will immediately identify an evil aura in a spot where the cobblestones can be pried up, and a large box uncovered; inside is what appears to be an ancient cow skull, with horns and sharp teeth and fangs instead of flat cow teeth.  Destroying the skull releases the curse that allows the god in the box to manifest each Halloween.