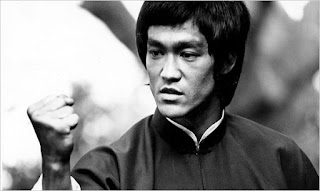 It is like a finger pointing a way to the moon. Don't concentrate on the finger or you will miss all that heavenly glory. Do you understand?
--Enter the Dragon 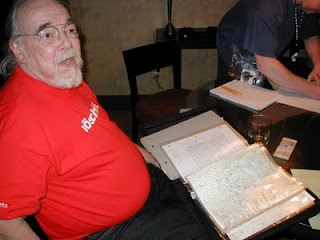 When you peer closely at the picture, you notice just how sparse is the key that goes along with the map, and the truth of what I'm saying becomes evident;  the gap between the comprehensive experience of the game session, and the written version of the adventure key, is extreme.  I mostly value utility (as in ease of use), and sparse but evocative detail in a published adventure, the very opposite of what makes it a compelling, readable artifact in its own right.  The final presentation at the table of sandbox material is at least 75% improvisation off notes and reacting to the activities and interrogations of the players.  However, if you had to work off Gary's key, you'd probably be in the realm of 90-95% presentation skills to make that dungeon come alive.

Consider how this gap between the artifact and the experience has warped the ability to publish any type of adventure, let alone a megadungeon where each successive delve takes the dungeon further away from its initial state.  I'm 20 years removed from the university, but I'm sure there are terms of criticism to describe the individual experience of a text in contrast to the author's intent; in our domain, the act of play adds a significant, additional layer of remove, much like the transition from written drama to director to theater - and each successive performance is different than the last.  No wonder table top experiences can be so difficult to discuss.

Ah well, thanks for indulging a ruminating Tuesday post.  My blog is nearing it's 2nd anniversary - two years of discussing games here at the Lich House - and much of the time has been spent rediscovering sandbox style gaming and building up useful tools and techniques here and there.  I confess, there's a tendency to fetishize the style as the be-all, end-all, but that's a post for another day.
Posted by John Arendt at 9:28 AM