Here are some maps from past two week's dungeon adventures.  I've been working in a "dungeon delve" format to keep things sized for a single night of play.  Here I've annotated the maps with the main encounter in each area. 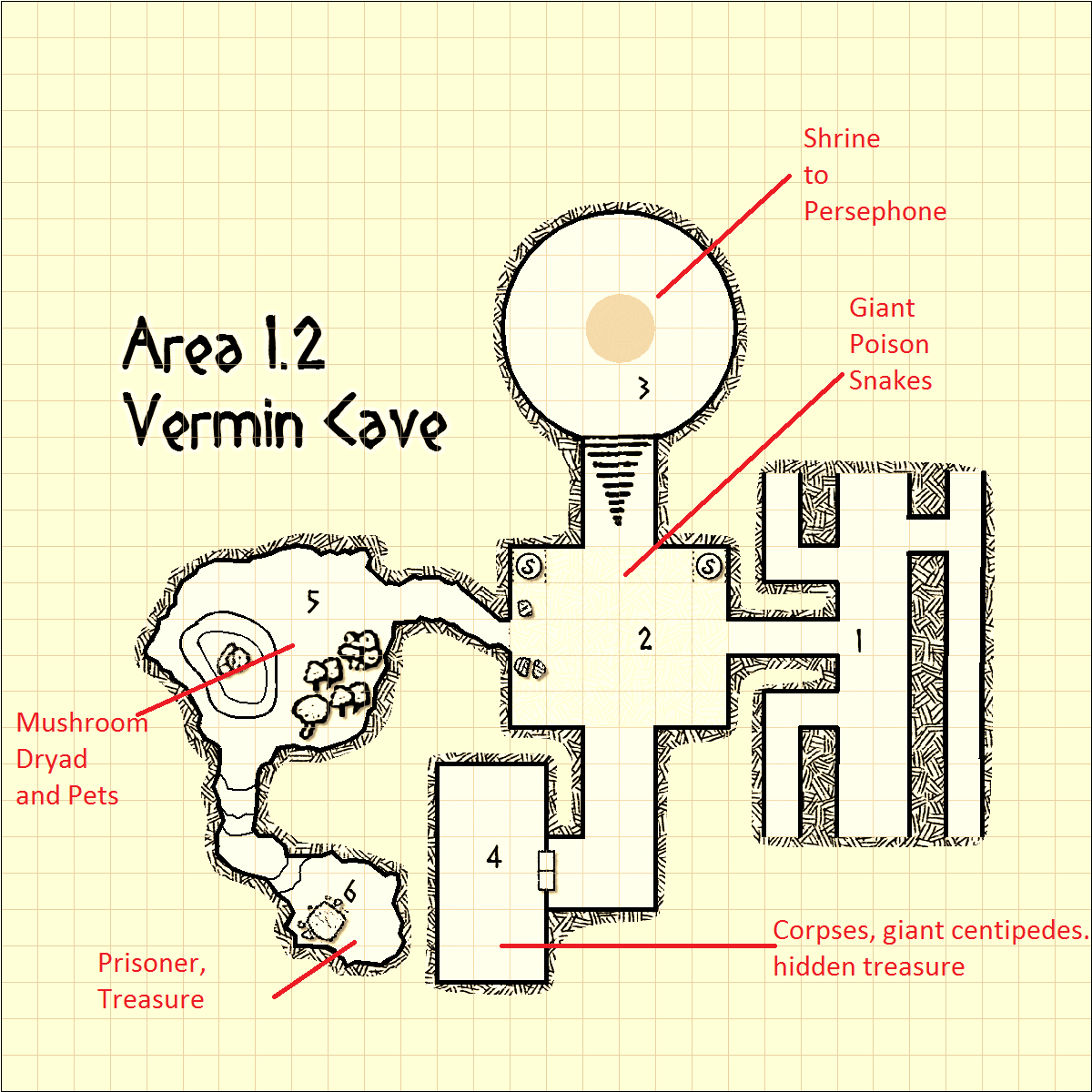 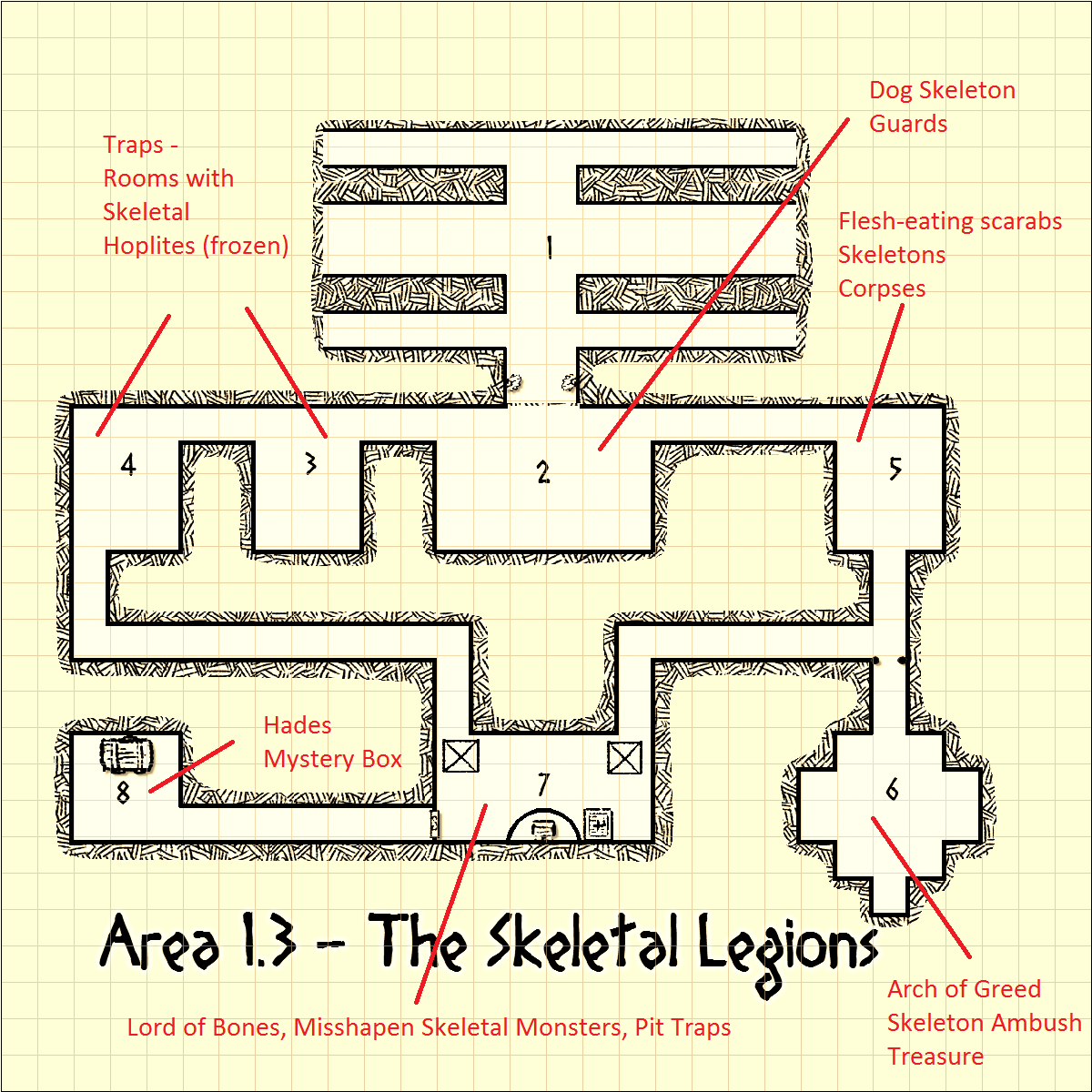 Area 1.2, Vermin Caves, is the lair of a Mushroom Dryad - a winsome fey with mottled grey skin, a gossamer dress, and various abilities over mushrooms and beasts.  For instance, she cultivated fragrant mushrooms in area 2 to draw in rats, rodents, and small mammals to keep her giant snakes fed; she had enslaved beasts in her lair, covered in mushrooms and under spore-effected mind control.  The players didn't make it far enough into this delve to meet the mushroom dryad, but this isn't the only one in Taenarum; I see the generic "dryad" as a signature nymph for a Greek setting, and the mushroom dryad combines allure, toxicity, and rot, in a disturbing way.  Plus, they live in caves.

Area 1.3 is the lair of the first eidolon of Hades, the Lord of Bones.  The area has mustering rooms with dormant skeletal soldiers awaiting activation; a rendering site where corpses are stripped to the bones by flesh eating scarabs; it has the Arch of Greed, a trapped hall that compels adventurers to ignore their defenses and focus on a wealthy treasure; a final area is the boss fight with the Lord of Bones.

I've been enjoying a book called 5th Edition Foes (5EF) from the Frog Gods - it features a blend of Fiend Folio updates and new monsters, all in 5E terms.  I'm basing some of the exotic undead "lords" in Taenarum on monsters from that book.  I used the 5EF "bone collector" as the starting point for the Lord of Bones used here.  The Lord of Bones fight included a handful of misshapen skeletons, and some pit traps that drop victims into a small warren beneath the floor where the Lord of Bones can stalk a victim for flaying.
Posted by John Arendt at 12:32 PM