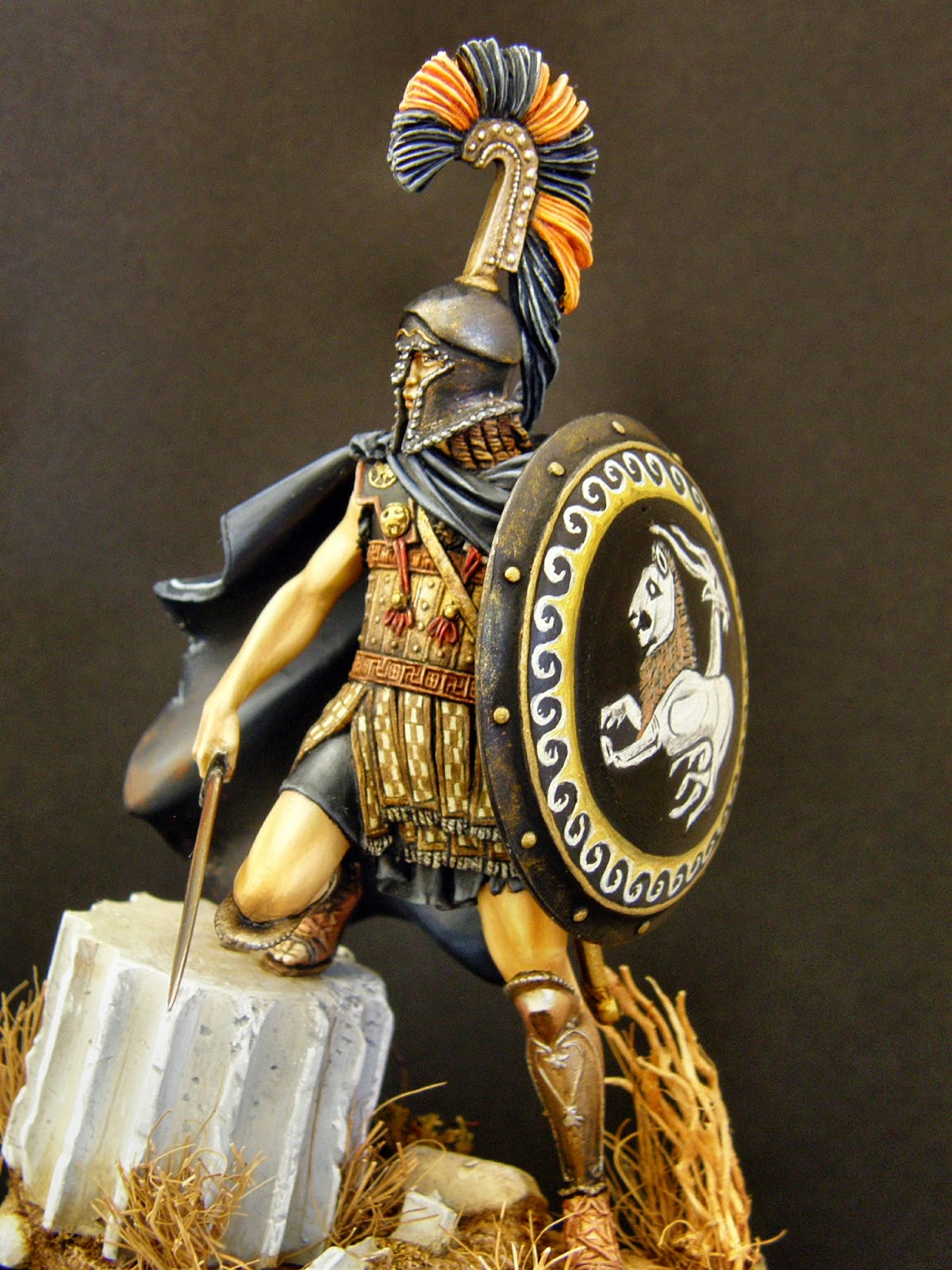 Modern gamers tend to take things like their damage rates fairly seriously - the rating even has an acronym, DPR.  It raises an interesting question for a game like Taenarum, set in Mythic Greece.  Do I assume that certain damage and AC ratings are absolute or relative?

For instance, D&D assumes a late medieval or early Renaissance technology level, where most heavy fighters aspire to full plate mail (AC 18 in 5E) as soon as possible.  The martial classes have access to hand weapons dealing 1d8.  So here's the interesting question - does the overall balance of the game, and the classes to each other, assume that fighters need access to the best armor and weapons to stay relevant?

If you answer yes - that getting to base AC 18 is important - you can assume the equipment values are relative, and regardless of the technology level of the campaign setting, the major armors and weapons should be mapped such that fighters can have a base AC 18 and 1d8 hand weapons in any setting.  In this way, their role as front line defenders and solid damage dispensers is preserved.

Alternatively, you can view AC 18 as absolute - the only way you can get AC 18 is with bona fide head-to-toe medieval plate armor.  When you play a campaign set in other times and places, fighters will have to make do with sub-optimal arms and armor or wait until they find some heavy duty magic items.

One side effect of treating the equipment values as absolutes is that you might force other adaptations - such as players making fighters with higher dexterity to make up for the lack of heavy armor, and choosing alternative hand weapons where the European broad or long sword is unavailable in the setting.

In Taenarum, I've chosen to treat armor and weapon as relative (for now) - meaning that the heaviest armor of a Hoplite, including breastplate, arm and leg greaves, and a full Corinthian helmet, are equivalent to AC 18 in the Greek world.  Since the spear is the premier weapon of the age, it's a d8 weapon.  I haven't decided on the Spartan short sword yet - or do I just assume there are larger variants?  Alternatively, maybe shields provide a higher defensive bonus in this type of setting?

I typically don't like these types of house rules - perhaps that's why I'm blogging about it - but I'm also loathe to upset any of the systems underlying assumptions, nor am I loathe to hurt the basic fighter.  I love fighters.


*The image is from a site on modelling - there are some cool Spartan and Hoplite models out there.