Attack on Titan on Taenarum 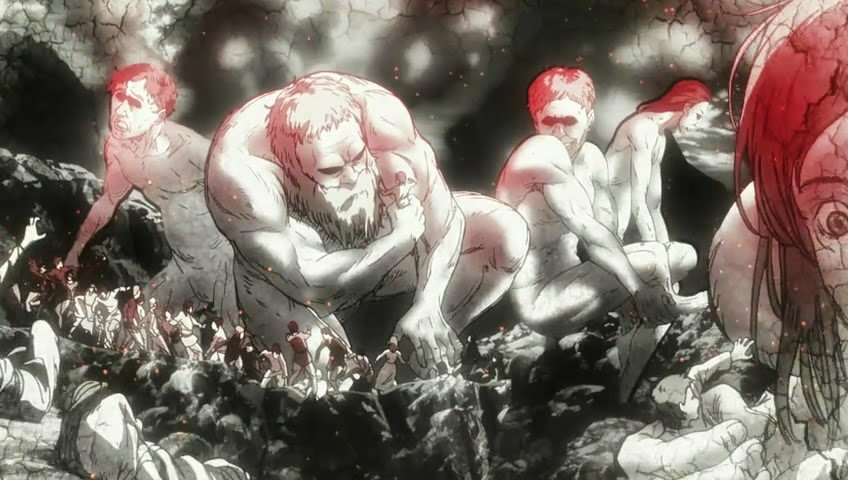 I just finished binge-watching the Attack on Titan anime series.  I know it's on one of the big streaming services - Hulu or Netflix.  It's a post-apocalyptic series where humanity huddles behind a giant series of concentric walled areas because the outside world has been overrun by "titans".  Titans are gigantic smiling idiots that shamble around the countryside and eat people.  It's a clever variant of the zombie apocalypse genre.  The main characters are a bunch of cadets who join the armed forces to fight the titans, and the extreme violence and presentation reminded me a bit of Starship Troopers.  It's both horrifying and comical watching titans eat people with those idiot smiles on their faces. 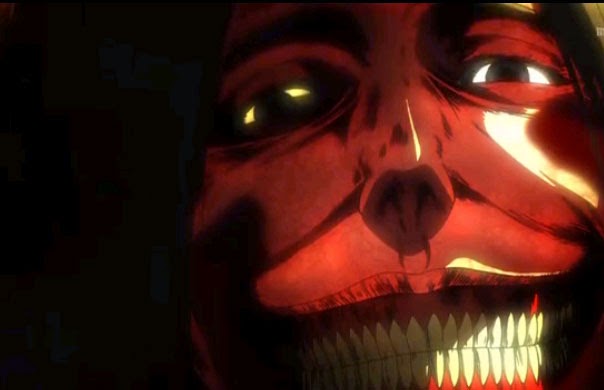 I don't think I'll ever look at D&D giants the same way.  Fe Fi Fo Fum, I smell the blood of an englishman!  But D&D giants are only 8 - 12 feet tall (or thereabouts) - not big enough to hold people dangling by their feet and swallow them whole like sardines.  We must go bigger! 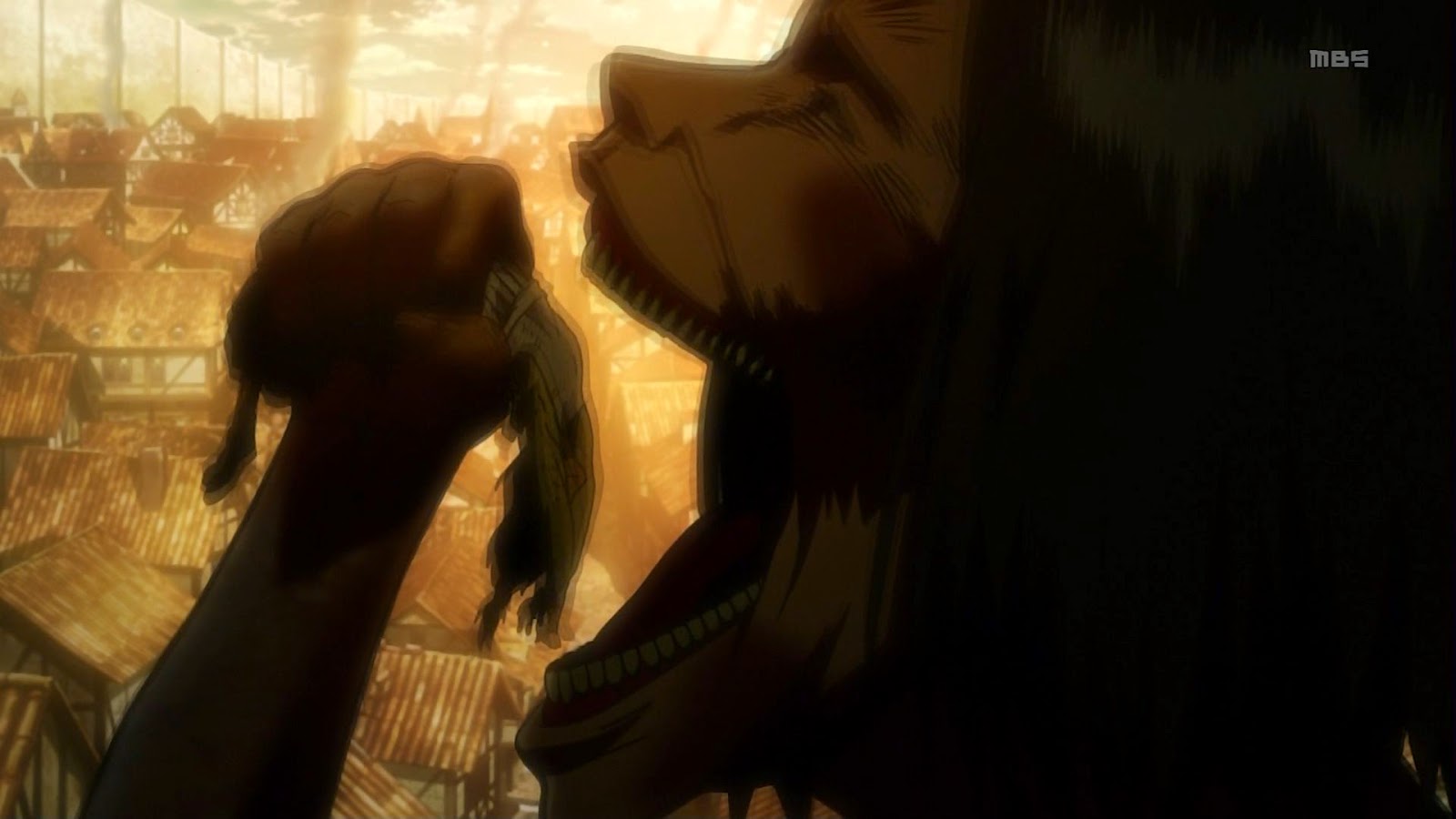 In Greek Myth, there are all sorts of primordial beings.  There are the personified great forces of the universe, like Erebos, Nyx, Gaia, Chaos, and Uranus.  There are gods and titans, monsters, and giants.  Gods and titans are pretty much indistinguishable to me.  The Greek gods act like a bunch of petty teenagers with super powers with the titans as their super rivals.  Half the gods and heroes have titans for parents, so there's no dearth of cross-breeding.  I see them a bit like Zelazny's Courts of Amber and Chaos in The Chronicles of Amber - they're reflections of each other, and alignment is all relative.  The one thing the gods are good at is beating up on primordial monsters.

The Giants of Greek myth could be made scary.  They're born of Gaia, one of the primordial beings, and clamber up out of the earth.  They're dangerous enough to fight the gods.  They could be super giant!  In pursuit of that goal, the giants of D&D are herby demoted to "lesser giants", the descendants of those 60' tall primordial giants from the dawn of time.  There's even precedent in Greek myth, since there are the 3 primordial Cyclopes that serve as armorers for the gods, and then a lesser race of degenerate cyclops that live on islands and eat people, like Polyphemus in "The Odyssey".  Giants are now the same way.

One of the themes I'm striving towards in the Taenarum campaign is that all those origin stories in the Greek universe are true and relevant (to a point) in the current age.  The primordial beings are still out there, sleeping and sessile.  All of the titans and monsters trounced by the gods in Hesiod's Theogony, and imprisoned in Tartarus, are all there, guarded in small part by Hades, who acts a bit like hell's jailer.  The road to the underworld is a direct path to the realm of Hades, but it's also a path to Tartarus - and all sorts of malefactors that would like to see the Titans returned to power, or legendary monsters freed from Tartarus, scheme in the depths of the dungeon on how accomplish these ends.

That also means there are ways to awaken the Primordial Giants.  With Attack on Titan firmly in mind, how can I not unleash some 50-60' tall horrors that stride across the countryside like dumb smiling Kaiju and lift the roofs of buildings, scooping out the inhabitants like a child pulling dolls out of a doll house?  This is a thing that must happen in this campaign: 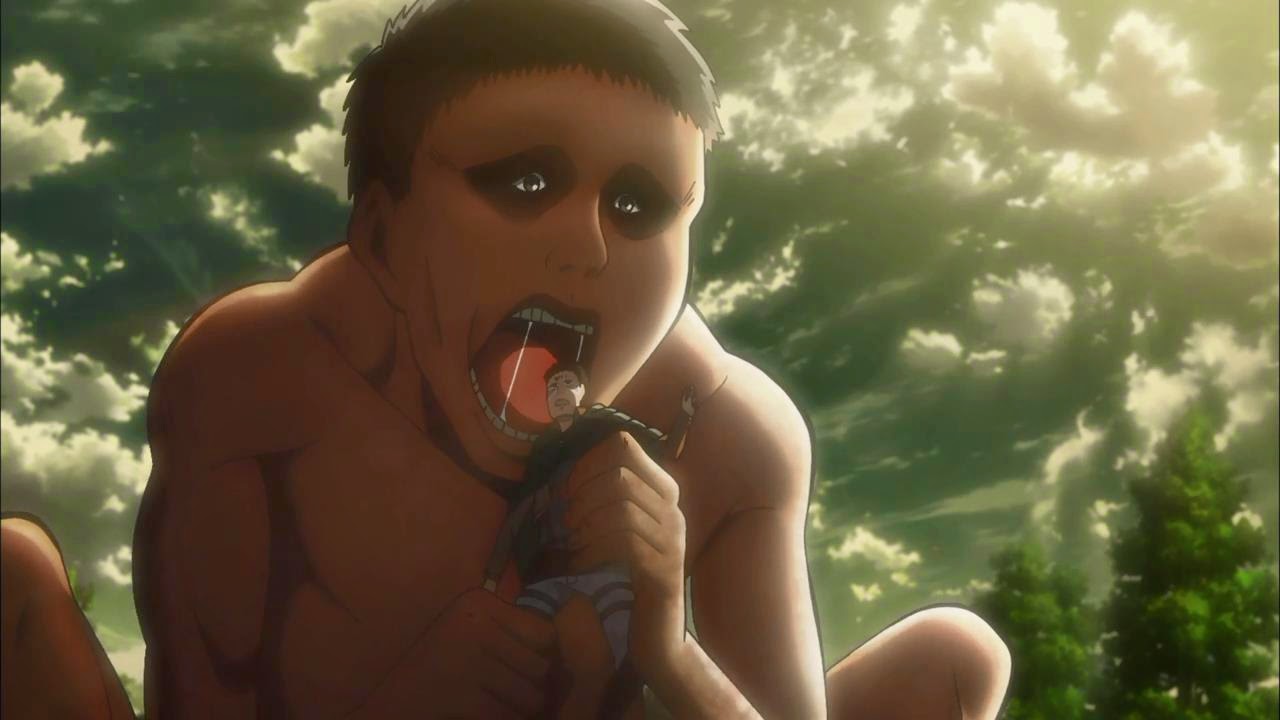 Anyway, back to Attack on Titan.  The anime was great, but there was only one season (25 episodes) so we're off to figure out the best way to keep up with the manga.  My wife would exile me to the couch if I dropped a few hundred dollars on manga back issues, so I'm hoping the library has them, or there's a streaming service to read them online.  Wikipedia mentions a potential live-action movie and the idea that maybe there's a second anime season in the works, so we'll see.