The Popularity of Cthulhu Gaming 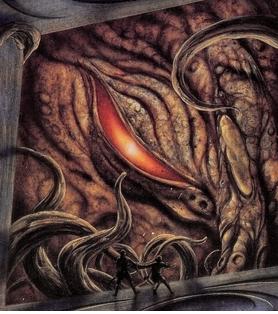 I made a decision coming into this year to do more Cthulhu blogging - I've long been an admirer of Call of Cthulhu and Trail of Cthulhu, I try to run some one-shots each year or so, and there really doesn't seem to be a lot of blogging about those games - it's a fraction of the coverage that D&D gets.

I ran a poll a month or so back, "What kind of experience do you have with Cthulhu gaming?", and here were the results:


That's quite a bit of overlap in the readership between the two types of games!  91% either play, have played, or are at least interested in the horror gaming; I'll just assume you 9%ers aren't interested YET.  I tend to agree there's a lot of overlap; many of the adventure ideas are directly portable from horror gaming into fantasy, and if you go for Weird Fantasy (especially LOTFP style), the horror gaming is like a close cousin.

Cthulhu gaming can be a bit bleak, so maybe it's an acquired taste playing ordinary or mundane folks trying to stop occult horrors, when compared to the accessible power fantasy gaming experienced in the beloved D&D.  On the other hand, pulp fantasists like Clark Ashton Smith and RE Howard put Lovecraftian horrors in plenty of their fantasy stories, too, so the chocolate and peanut butter gets mixed up in the source literature.

That raises an important question - how do you like to use the Cthulhu Mythos in your games? As monsters in a fantasy setting, or alien terrors in a horror game?  I have added a new poll to catalog the results of this important question!  The world must know.

I'll keep up with the weekly Cthulhu posts and occasional reviews, mixing chocolate in the peanut butter and vice versa.  It keeps things interesting for me.  Bon appétit!


*Image is from the cover of Call of Cthulhu's 5th Edition