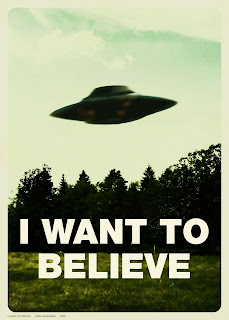 I sit before the magic 8 ball with great anticipation.

Me:   "Will D&D Next be the type of game old schoolers like myself will enjoy playing?"
Reply:  "Reply hazy, try again".

Is this possible?  Mike Mearls is on the case.  His most recent Legends & Lore column claimed his primary goals are to "Create a version of D&D that embraces the enduring, core elements of the game", and "Create a set of rules that allows a smooth transition from a simple game to a complex one."  That sure sounds like the kind of D&D that should appeal to someone like me - with such lofty ambitions, how could this project possibly go wrong?

But I see a problem with that mission statement.  The fine print doesn't indicate what are the recognizable elements of each edition that are being "embraced".  Hmm.  Better tune in to the next column and see where this crazy train ride is going next.

In the meantime, the evidence is all over the place.  Character creation is a bit... bloated.  I had the chance to listen to some D&D podcasts from the past year - there are like 4 hours of Penny Arcade podcasts going through character creation.  Lots of time is invested discussing combinations of classes and specialties and backgrounds - so you can make a fighter bounty hunter defender, or a rogue guide skirmisher and similar amalgams of words.  4 hours.  I don't think they're using the word "simple" the same way as me.  Here's some advice - put some random tables in there so folks that don't want to read 20+ pages of options can just roll their combination of words and figure it out later, or even better, make that stuff totally optional and stick it in an appendix.

On the other hand, the Isle of Dread adventure has wandering monster tables!  It's a simple thing, but that implies an expectation that characters are going to wander around aimlessly, running into things.  Exploring, even.  Heck, all of the adventures look 90% closer to something from before third edition than anything that came out using the 2-page encounter and delve formats of the recent regimes.  People, that is downright heartening.  Modules look like modules, the strawberries taste like strawberries, the snozberries even taste like snozberries.  I'd like the bestiary even more if it had things like # appearing in dungeons and wilderness, maybe some outdoor encounter tables by terrain type, like the old DMG, Fiend Folio, and MM2.  The 1E DMG was all about world-building.

Question for readers, who else is paying attention to the D&D Next playtests and what's your latest take?  At this rate, I might just read through one of the packets seriously and even consider coaxing the Spitsberg Pirates to give one of the sample adventures a test drive, when we reach a Black City lull.  I've heard characters are too robust and super-heroic in actual play.

In the meantime, here's to you Mike - keep reaching for that unreachable star:

Email ThisBlogThis!Share to TwitterShare to FacebookShare to Pinterest
Labels: DnD Next