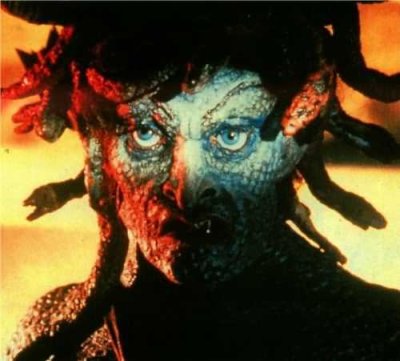 Over the holiday weekend, we didn't get the regular gaming group together, but we did get in a couple of family games.  Here are game sessions two and three for the family.  Sit back and enjoy tales of daggers implanted, frightened children, and a cleric that gets totally stoned - in the bad way.

There are a number of issues I still need to work through from a campaign perspective - for instance, I don't have a good calendar built to facilitate tracking the two different groups exploring the dungeon - I'm using a modern calendar but would love to research how the ancient Greeks tracked time and make the dates 'authentic sounding'.  Another issue is that my 12 year old is playing a character in both games.  Keeping his player knowledge straight isn't easy.  Since he plays a Magic User in both games, he's asked if his two characters could know each other and share notes between games.  One benefit I'm seeing is that the active group is able to focus on unexplored areas; he can let them know where the other group went to help avoid unproductive time at the table.  We'll see how that goes - so far it's fine.

After a week or so back in town, the kid's group headed back to the dungeon.  They ended up searching over some old ground again - for instance, they couldn't resist messing with the giant stone titan head and triggering the fear gas.  Holly the (Christmas) Elf ran out of there claiming "the Crampus is after me, the Crampus!" after dosing herself with fear gas.

Tragedy struck when Matthias explained what he knew about the Medusa mural in a nearby room.  The mural was a wall-sized painting depicting a dark and fallen Greek temple in a vast chamber.  There are obvious stone statues of people like adventurers visible.  Matthias relayed that the mural appeared to become 3-dimensional if you stared too long, and it acted like a portal to elsewhere.  "Don't touch it or you'll get sucked in!"

Every group needs an instigator, a player that boldly declares, "The DM wouldn't have a portal to Medusa's lair as the third room of a dungeon for first level guys, right?  I'm going to stare at that thing until it becomes 3-D and step through."  In this way was Starbuck the Cleric lost forever.  The portal seemed one-way, and she was quickly petrified after wandering around the ruined temple and getting  discovered by the Medusa.

Not much else exciting happened this session.  They explored some rooms and fought some bandits.  During the bandit fight, Holly the Elf used ninja-style cartwheel techniques to get near the bandit leader and "implant him with her dagger".  You're going to do what?  "I'm implanting my dagger into the bandit."  Don't you mean impale him with your dagger?  "No, I want to implant it - right into his chest!"

On the way out, the mage used his Read Languages to read the ancient script carved into the head of the stone titan.  It said FORSAKEN in the language of Olympus.  Once he said it out loud, the head rumbled, opened it's mouth, and a stone tongue stuck out.  Sitting on the tongue was a black lacquered key.  They have the Black Key!  They don't know what that means yet.

A few days later, we got in another family game.  It's pretty convenient being able to get your whole gaming group together "after dinner for an hour or so" with minimal ceremony.  Wifey took over Milo, the NPC fighter, while a new NPC joined their crew, a dwarf cleric named Boomer.  I'm sure other Battlestar Galactica named NPC's will be thrust upon me shortly when they need to recruit help - Adama, Balthar, Helo.  She just watched the whole series on streaming.

Game 3 saw them explore up the main hallway of the first quadrant until they found a gigantic shrine to Poseidon.  Along the way they found a storage room holding petrified adventurers (which made them think maybe the Medusa can see out of the mural sometimes); they found a refuse room, a pit trap.  A bunch of pig-men attacked them in the Poseidon shrine, using a knockout gas.  A rumor in town warned that pig-men try to take prisoners and turn people into more pig-men.  The final area of the night involved a statue of a large bronze warrior, articulated, that creaked and changed position anytime you looked away.  One of its poses seemed to be pointing to a barren area on the map, and they used that to search (successfully) for a secret door.  They left the secret door for next game

Of course, this happened:  "You know what else changes poses and moves every time you stop looking at it?  A WEEPING ANGEL!  Oh no, there's a weeping angel in the dungeon!  And it's going to eat you!"  That was the older brother, teasing the two younger ones at the game table and making monster faces.  Later I had two crumb snatchers asking if they could sleep on my floor in sleeping bags that night.  "Weepy angels are so scary, why did you put one in the dungeon, Dad?  I can't sleep now."  Kids are pretty entertaining during the game session, their turns of phrase and watching how they approach problems, but there are potential downsides.

First Victim of Taenarum:
Starbuck the Cleric of Apollo, petrified by a Medusa
Posted by John Arendt at 5:46 PM