The argument for and against skill checks in old school games typically involves orthogonal interests - creativity and power.  Creativity:  If its not defined as something I can explicitly do, I can't do it - versus - I can try and do anything a person can do.  Power:  Is the ability to perform an action defined mechanically in a player facing set of rules, or is it controlled by that black hat guy behind the screen making arbitrary decisions? 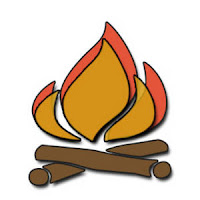 Let's take a simple example - starting a fire.  I mention it because I'm fairly sure "fire building" is in the Rules Cyclopedia; TSR fell in love with skills during the 2E period and they infected the various Gazetteers and Rules Cyclopedia as well.  I would also imagine everyone reading this believes they could start a fire; I won't argue, but I will point out that every season of Survivor starts with a miserable crew of cold people shivering under a tree because they couldn't get it done.  Let's assume that our fantasy characters are more skilled than 21st century Americans and can start fires when provided basic equipment.

Here's how the creativity argument works:  If a system has a fire building skill, its quite possible anyone who didn't take fire building will never try and make a fire.  "I don't have that skill".  Never mind that fire building is a mundane activity, and it's likely the skill is meant to cover fire building under adverse conditions.

The power argument involves issues like this:  we only need dice and rules to resolve actions where the outcome is in doubt; the game provides rules only for the most common situations of conflict (combat, saving throws against adverse situations).  Fire building is mundane, so the DM can just rule on it any way he sees fit.

Of course, you can start to push the situation a little… can you build a fire in the dark, or in the rain? (No Sam, I will not, will not, on a train).  How about without a tinderbox, or flint and steel?  I'll make a ruling.  And then out come the cries of DM arbitrariness and rules by fiat when the DM denies a success.

So here is a simple approach to encouraging player creativity and avoiding arbitrary decisions - it starts with "Saying Yes".

The idea of "Saying Yes" comes from improv theater; the concept requires figuring out a way to incorporate a new idea into the ongoing scene.  It's a way of channeling creativity and moving forward.  "Saying No" during Improv deflates the energy and takes the other actors out of the scene.   The key concept is understanding that you're actually saying "Yes, But…"  The "But" allows for complications.

"Can I jump the chasm?"
"Can we start a fire in this rainstorm?"
"Is it possible to climb that cliff?"

"No" shouldn't come out of the DM's mouth, unless the request is so far beyond normal experience it'd be unanimous at the table.  "Can I hold my breath underwater for twenty minutes?", is one of those times I'd say no; or more likely, I'd ask why the player thinks it should be possible.

How does Say Yes work?  It's simple.  If the action the player is requesting seems fairly mundane and you don't think there's a chance for failure, go ahead and say yes without further discussion.  "Can I start a fire, in the hearth, using my tinderbox, flint and steel, and all these dry pages of the old book?"  No one will accuse you of arbitrary thinking when the DM rules in the player's favor.

Once the DM decides there is a non-zero chance of failure, it's time to say "Yes, But".  "Sure you can try and jump the chasm, but let's talk about it a little".  Two approaches to the discussion work equally well - if the DM already knows what he thinks the chance of success should be, he can just lay it out for the player as the starting point; for instance, previous rules discussions might have set a precedent.  Alternatively, you can start a dialogue with the player or players and get them to suggest what they think are the chances of success.  Either approach creates a degree of transparency that will encourage discussion, and hopefully elucidate better problem solving from the players as they think through the situation to improve their chances.

If the players are new to collaborative problem solving, I would recommend that the DM  encourages them to discuss ways to alter the facts of the problem to improve their chances - for the wet fire example,  they might use cloaks to create a wind break or rain shield; they could rip pages out of a dry book from someone's backpack to provide something flammable.   The DM might point out the chance of igniting the wet wood has crept up from 10% to 50% by adding the rain shield and dry tinder; maybe dry fuel (like torches) would take it all the way to 90%, easily rolled on a d10 to determine success or failure.

The bottom line - the lack of defined skills means the players have freedom to try anything.  To encourage that creativity, the DM needs to learn to Say Yes; foster negotiation and discussion involving all the players, and reduce the problem to a dice roll when the majority agrees the chances of success are fairly represented by the DM's ruling.

I do lots of 'personality profile' type stuff through work - ongoing management and project leadership coursework requires it - so I'm consistently pegged as a consensus builder and someone willing to compromise to keep moving forward; it's no surprise I favor transparent approaches that lay the cards on the table for the players and let them decide if they want to proceed with a risky plan or not.

Note that I don't have a strong requirement for establishing any objective standard; it's quite likely that 5 or 6 gamers sitting at a table don't have a clear grasp on the actual chances of climbing a wet rope in a gusting wind with a heavy backpack; what's important is the process and the sense of empowerment it creates.  Usually, someone at the table has some relevant experience (army training, martial arts, Boy Scouts, whatever) to ensure the dice factors pass the sniff test.  For that matter, even when the DM is an expert in a given subject area and feels like he can rule without any inputs, I'd caution against it - once again, there's more value in a transparent process than being arbitrary but "right".

I also don't have any strong opinion on the actual skill roll mechanism; I try to keep everything linear and simple, so I use lots of d6's and d10's; Moldvay has an implicit d6 mechanic throughout, so that's where I go most often.  I'm not a fan of using d20 vs an attribute (it makes me feel dirty, like I'm borrowing something clandestinely from the 90's) and percentage chances are a bit too BRP.  3d6 or 4d6 against an attribute is popular, but understand the nature of the bell curve - I keep a bell curve chart handy in OneNote for the 3d6 curve so I can estimate percentages of rolling under a certain attribute if that's the way we go.