Arthur and the Samurai 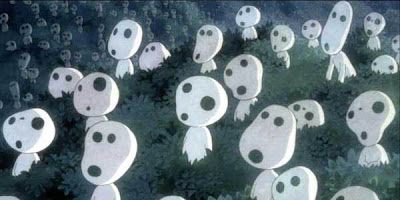 I've been starting to jot notes about the future Oriental Adventures setting.  I mentioned previously I wanted to mash up elements of Arthurian myth with samurai cinema.  I'm thinking the setting will be during the 'Warring States' period, when powerful families and clans vie to unite the country.  That seems to be a time that would allow mid-level adventurers to follow the 'adventurer, conqueror, king' path to gain and expand their own holdings, and it should be straightforward to get ideas from history and other RPGs.  Meanwhile, a commenter on one of the other posts (eldersprig) suggested an island as the ideal place for adventures, and I'm warming to the idea.  The main islands are rife with "mundane" politics, warfare, and strife, and the mist-shrouded island(s) off the shore is where the walls between the real world and the spirit world are thin, and monsters and ghosts roam the night.

So why would I incorporate Arthurian myth with the samurai?  Some of the central themes in Arthur, such as the ownership of Excalibur and the image of the questing knight, port very well into a samurai age constantly on the verge of civil war.  "Shogun as military dictator" sounds pejorative, but let's say the previous position was ordained, and the grant of the sword of legend symbolized the acquiescence of the heavenly world.  The death of the last shogun and the long years of civil war that have followed place the land in chaotic, violent conditions similar to pre-Arthurian England. Sentimentalists continue the quest for the legendary sword that was lost, believing that whatever shugo or daimyo proves their worth by finding the sword, will be able to unite the country.  Pragmatists continue to field their armies and maneuver politically to gain power directly.

Doomed love triangles, ala Lancelot and Guinevere or Tristan and Isolde, port equally well.  It's not a major change to flip the axes of virtue and sin from the chivalric tales to reflect reputation and shame and oaths of loyalty challenged by love.  A character like the Fisher King also ports well, the story highlighting the problem of proper behavior versus wisdom in a hidebound society.  Figures like the Cornwall sisters (Morgan Le Fay and Morgause), powerful faeries and enchantresses, have their roles replaced by powerful but fickle spirit beings in this setting, tricksters that lead questing warriors astray.  Avalon and Faerie are replaced by the spirit world and the resident Kami.

I'm starting to like the sound of an island for other reasons; it lends itself to a 'West Marches' style campaign, where the deeper one travels on the island (or the higher one climbs the island's slopes) the more dangerous the encounters.  The strong demarcation between the mundane world and the Otherworld of the island, is aesthetically pleasing.  There appear to be many games and history books that have covered feudal Japan, making the job of adapting it for campaign use (hopefully) straightforward.  I've started reading Turnbull's Warriors of Medieval Japan, and FGU's game Bushido, to start building a knowledge base. 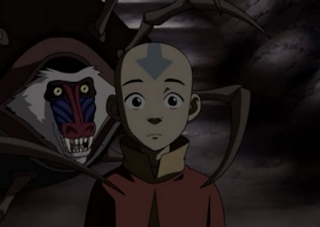 Here's another question for readers familiar with genres of Japanese fantasy and horror:  What are good inspirations for depictions of the mist-shrouded island and the Spirit World?  I plead near total ignorance; my exposure to Japanese Kami comes from Miyazaki films like Spirited Away or Princess Mononoke or Howell's Moving Castle, and their blends of trippy spirits and general weirdness; from The Last Airbender (the cool animated show, not the awful M Night movie), with its frequent interludes where the avatar encounters the spirit world, and deals with horrible beasties like Koh the Face-Stealer.  Any suggestions on film, shows, anime, games, comics, etc, that would help populate the island with spirit creatures or provide inspiration for the Otherworld would be appreciated - thanks!  I'm hoping to track down a good book on folklore, weird tales like Kaidan, and learning more about J-horror themes.

Although I don't see how I can go wrong if I cover it with mist-shrouded shrines, ruined Japanese castles, gigantic trees, rival samurai questing for the last shogun's sword, and the occasional creepy humongous talking centipede.